The Art of Blooming Late Mozart was a celestial genius, but he struggled like a mere mortal during his teens...

The Art of Blooming Late

Mozart was a celestial genius, but he struggled like a mere mortal during his teens and early twenties. Though already a prolific composer, he had to work as an organist and concertmaster in his native Salzburg to make ends meet. Underpaid, unfulfilled, and hemmed in by his frustratingly average gigs, he felt a burning desire to devote more time and energy to his art. So after a period of doubt and deliberation, that’s exactly what he did. He quit his job, set up shop in Vienna, and embarked on what turned out to be the most productive and creative period of his life. 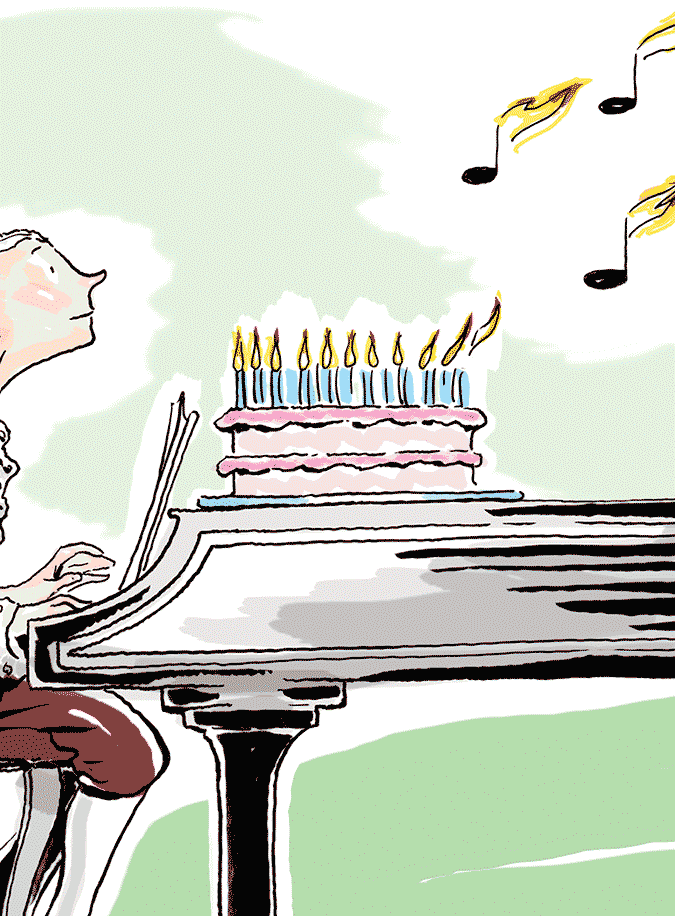 Even if you never hope to reach Mozart’s level of mastery, you may relate to his need to break free from convention. Maybe you feel as if your job is like painting by numbers. Maybe you’ve done everything right—excelled at school, worked hard, and landed a good, high-paying job—but you’re tired of being just like everyone else. Maybe you yearn to achieve something that is unmistakably you.

If you aspire to do more personally fulfilling work—say, to found a start-up or turn a hobby into a full-fledged career—drafting a plan of action can be daunting. Even so, a few newly released books suggest that it’s entirely possible to develop the wherewithal, nerve, and clarity of purpose to create your own version of Mozart’s Don Giovanni.

In Aristotle’s Way, the classicist Edith Hall describes the ancient philosopher’s belief that becoming conscious of our skills, talents, and aptitudes (dynamis) and then using our resources to make the most of them (energeia) is the foundation of living a good life. If you’re not working toward reaching your unique potential—as Mozart did—it’s normal to feel dissatisfied. If that’s the case, says Aristotle, it’s your duty to make things right. The philosopher John Kaag, author of Hiking with Nietzsche, agrees. “The self does not lie passively in wait for us to discover it,” he writes. “Selfhood is made in the active, ongoing process, in the German verb werden, ‘to become.’”

What, then, is holding you back? Rich Karlgaard, the publisher of Forbes magazine and author of Late Bloomers, argues that our culture’s obsession with early achievement dissuades us from pursuing our passions. Instead of having varied interests, studying widely, and taking our time—essentials for self-discovery—we’re encouraged to ace tests, become specialists right away, and pursue safe, stable, and lucrative careers. As a result, most of us end up choosing professional excellence over personal fulfillment, and often we lose ourselves in the process. According to the journalist David Epstein, author of Range, our obsession with specialization has infiltrated the ranks of youth sports coaches and helicopter parents, and it defies logic. Unless your job requires repetitive, routine tasks, being a specialist isn’t an asset. Having a wide range of skills and experiences is more beneficial because it allows you to be nimble and creative.

The authors of Dark Horse, Todd Rose and Ogi Ogas of Harvard’s School of Education, noticed the negative effects of early specialization in a study of people who came out of nowhere to achieve great success. “Despite feeling bored or frustrated, underutilized or overwhelmed,” the two write, “most dark horses reluctantly plodded along for years before finally coming to the realization that they were not living a fulfilling life.” Then, after a period of restless, quiet ambition, these seemingly average people—administrative assistants, engineers, IT managers—were able to transform their “cravings, predilections, and fascinations” into successful careers as master sommeliers, lifestyle entrepreneurs, and celebrated craftsmen.

To prompt this kind of revolution in your own life, Rose and Ogas suggest creating a micromotive, or a goal tailored to an extremely specific activity that truly inspires you. For example, when Korinne Belock left her job as a political aide to form Urban Simplicity, a firm that declutters and redesigns homes and offices, her micromotive was “organizing physical space.” Note that she didn’t say “doing something creative” or “starting my own business.” Those declarations are too general and fuzzy to be acted on. Instead, she identified a task that sparked within her an outsized amount of curiosity and pleasure and used it as her guide.

As you move forward, there are a few things to keep in mind. First and foremost, it’s never too late to “become” yourself. Aristotle, for example, didn’t fully devote himself to writing and philosophy until he was nearly 50. There are also benefits to taking a long, winding path to self-fulfillment. Remember that age typically brings wisdom, resilience, humility, self-knowledge, and creativity. This is one reason the average age of founders of high-growth start-ups is 45. Citing the work of developmental psychologist Erik Erikson, Karlgaard writes, the “ages 40 to 64 constitute a unique period where one’s creativity and experience combine with a universal human longing to make our lives matter.”

That said, once you’ve decided to embark on the journey, it may take years, if not longer, to reach your destination. But as research has shown, small daily changes can have a compound effect and slowly but surely lead you closer to the person you think you ought to be.

If you ever get stuck, think of Joanne, a talented and creative woman who bounced from job to job throughout her twenties, working as a researcher, secretary, and English-as-a-second-language teacher. Optionless and clinically depressed, she felt like a total failure. But she took that feeling of despair and used it to her advantage. Since she hadn’t succeeded in following a standard path, she felt liberated to do what she’d always wanted to do: write fantasy novels for children. As she would later recount, “I stopped pretending to myself that I was anything other than what I was.”

You’ve probably heard of her. Her pen name is J.K. Rowling.

Now get to work.